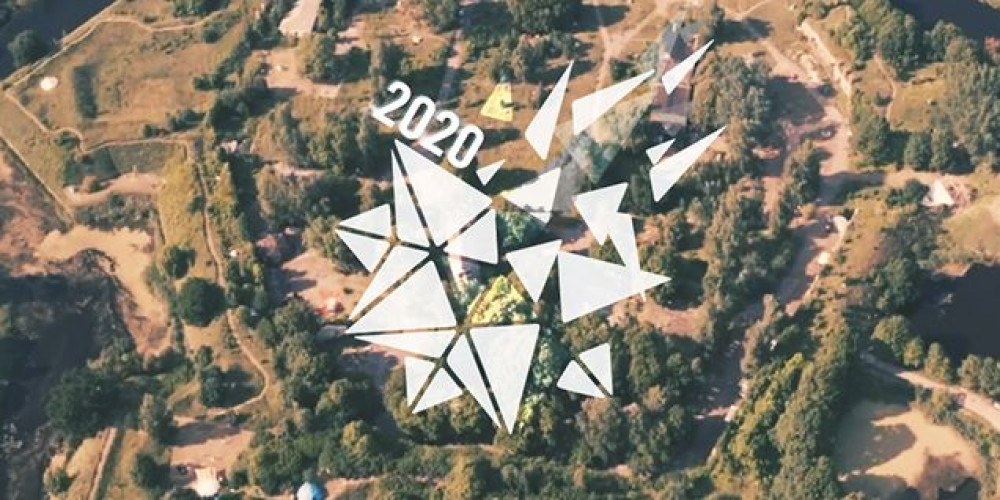 Kometa is an international music festival that takes place on the Latvian coast every summer. Since they started in 2017, the festival has been plastic-free.

An interview with Kaspars Kondratjuks, Organizer of Kometa Festival Why did you decide to make a festival zero-waste or plastic-free?

It was a group decision. The festival itself started as my idea and some core people who were already working a lot together. We invited some of our friends, who have expertise in different fields. We knew we wanted to make it not a commercial festival but kind of an utopian festival. We understood that we need to all agree on the different values and zero waste was one of the things. Food and toilets were also one of the main topics. Basically everything was decided within a two-day workshop.

Were the people on the team already passionate about this?

Yes. The people around us were all already quite passionate about it. So it was a simple agreement about that. Let’s do it as much zero waste as possible. And so we started.

Did you know, when you made the decision, that it was going to be difficult?

We had a clue, but we didn’t know that it was going to be that difficult and that it would be more costly. It’s going to take much more effort, but, yes, we already understood that it’s not gonna be as easy as it usually is when you do mass events.

What sort of difficulties did you have making it plastic-free?

Well, first of all, we wanted to cut any single-use plastic or paper. So that was always extra because it costs, not just because you have to pay for it, but also it’s extra effort to get rid of it.

And it was important that we as a festival, or caterers, can get rid of it themselves. So we don’t end up increasing the price of the trash collecting and recycling.

What sort of solutions did you have serving teas and coffees?

Well, we don’t have any, since the first year, we don’t have any single-use plastic. There have been paper cups and, well, it’s not the best solution, and it was also challenging to find the right cups, which don’t have plastic inside because many do.

But we found the ones and it was a shared purchase between all the caterers. So we kind of get the cheaper price for the cups, which we can actually burn and it makes less imprint in the general environment. Then, for food, we were a little more innovative and made a dish library. Yeah, basically where you can go pick up your plate and fork or anything else, whatever is there, you can wash it. But usually, it’s washed already. You can take it, then you go to your selected caterer in the food court and get your dish. You don’t have to pay extra, and you eat, then you wash it, and put it back. So if you don’t have your own, you can just use those community ones, quite simple. Like home.

And that probably added to the spirit of the event as well.

Of course, to share the responsibility, which transmits between people, they stay in the line for washing it. And then there are the new connections and friendships while you’re standing in the line and someone offers to wash your dishes. So it kind of just grows into natural friendships and networking. A kind of collective sense of responsibility. That’s one of the main purposes.

And how about the people who came to the festival? Do they appreciate the plastic-free environment?

Yes, the people who came did appreciate it. In the first year, 2017, there was a bit more questioning the need, and why you have to pay more if you want to have a single-use dish. But with each year, the audience grows, who also accepts it as a normal. Do you think other events are going to start doing this kind of thing?

They do, actually, the dish library is one of the things since we started in 2017, it became quite a big topic. There’s big interest from other events and festivals, different kinds of media and eco-organizations, not only locally, but also from other locations. We are quite proud of it.

And as we know, there have been several events within these years who have implemented this and it’s super great. I’ve been to one of the festivals where they had a dish library.

Do you think it had an effect on the daily lives of the people who came? Maybe there were some people who’d never thought about plastic so much.

Actually, I’ve heard that there are some people who started to recycle afterward. There are some people that I know of, who have asked before getting a drink in a plastic cup in some venues if it’s possible to have it without plastic. But it’s very hard to get out of that comfort zone. Sometimes there are no other possibilities, especially if someone just pours into plastic without asking. Also, we tried the reusable plastic cups that can be washed and reused many times, one of the beer producers produced like 2000 of them, especially for us. And now they are producing more and more, and they are being used in many other bigger, cool festivals.

How about your personal plastic-free journey? Do you pay attention to these things outside of the festival?

Yes. And still trying to increase more. My wife helps me a lot with that. We tried to monitor that each time we shop, we select fewer items that are packed in plastic. Last year, we shopped mostly in a zero-waste shop. It was a new one and by now there are quite a few of them. So we refill items from food and granola to even detergent and soap.

Do you keep a track of how much plastic you’ve reduced your usage by?

Sometimes it seems like it’s still quite a lot. But I also recycle things, and it seems that the trash is definitely getting less, but it’s not easy to follow it. Because sometimes you just need to buy something and there’s no other alternative than buying it in plastic. So the plastic can sneak into your life and you don’t even notice it.

Not having time in urgent situations makes it hard sometimes. But if you plan wisely then it’s possible. It’s stepping out of the comfort zone and making the right choices. And then, by the time you get used to it, it feels normal, but I’m not the best example for sure.

Do you feel that you have to make sacrifices when you make your festival more sustainable? Does it feel like you’re missing out on something?

I don’t think it should be called a sacrifice. So if we say that wanting to live in a cleaner environment is a sacrifice, it makes the definition problematic. We do the extra effort when it’s needed. And sometimes it seems ridiculous, all this recycling and zero waste, but I don’t think it’s ridiculous and I don’t think it should be called a sacrifice. It’s just an effort from everyday life as we are used to it. And sometimes we get used to something slightly different from normal. It’s like having a phone with a different operating system, you know like it also takes some effort and time to get used to it.

Has it affected your social life at all? Are there situations where you go to a party and you say, no, sorry, I’m not going to have this beer because it’s in a plastic cup?

I did that sometimes in a couple of places. And, yes, there have been a couple of times when I was in venues somewhere, where I said, okay, do you have something without plastic and wanted some beer in like a bottle. I don’t like that beer but it was the only one they had!

And a couple of times I was just like, okay, I’ll just go with what is not plastic and again, it’s about our satisfaction also, sometimes, that one is stepping above what is right and what is wrong. And I think it’s important that there’s some balance, and I feel that I’m already doing some things as much as possible to reduce the footprint, then maybe sometimes it’s kind of a small sin that we allow ourselves, which is not good, but it happens.

What advice would you have to somebody who’s thinking of reducing their plastic?

Is your comfort zone comfortable enough? I think it’s really about that. You don’t have to take those major steps and go wild and live up a tree.

But sometimes even just small steps are benefiting because we as consumers are not fully the ones who can make that big change. So it’s more the producers. If we start selecting and making some small steps, then as usual the market follows the request, and then we can make some bigger changes. And that could be a bigger impact because that’s usually enormous amounts. And if some producer changes the lid of the bottle, that can already do much more than we can do. And then the new lid will also educate other consumers. I think it’s very important actually for the whole team to acknowledge it. That’s very, very important because otherwise, it can’t work. If a car is supposed to have four wheels and one or two wheels are not there, then you start to drive… you know, like in just a minute, someone wants to do it, someone doesn’t. So it’s very, very important that the team is on board and if the team is on board and then everyone will understand it as a core kind of principle. It kind of makes natural paths of the processes. It’s not hard to make a ton of guidelines, you can just open any book for it. But if the team is not on board, then it doesn’t work. The audience will follow because the team will be there to remind them.

We use cookies to personalize content, set up and measure advertising metrics, and to ensure overall security. By clicking a button or continuing to use the site, you authorize us to collect information through the use of cookies.